Explore Bogota by bike on a bicycle city tour. Make your way to the meeting point and begin your tour with a ride through the historical La Candelaria neighborhood of Bogota. You will pass several representative churches and squares and experience the different architectural styles of the old town. After visiting the enormous bullring, where toreros used to fight against furious bulls, explore some of the most beautiful parks of Bogota and taste a freshly made fruit juice in a typical Colombian fruit market before getting an insight of the rising graffiti scene of the city. After the tour, return to the meeting point, where this amazing adventure will come to an end.”

Since the path up to Monserrat mountain is open only until 01:00 pm, I decide to go before breakfast. I get up early, dress up and out. It is cold and it is raining. 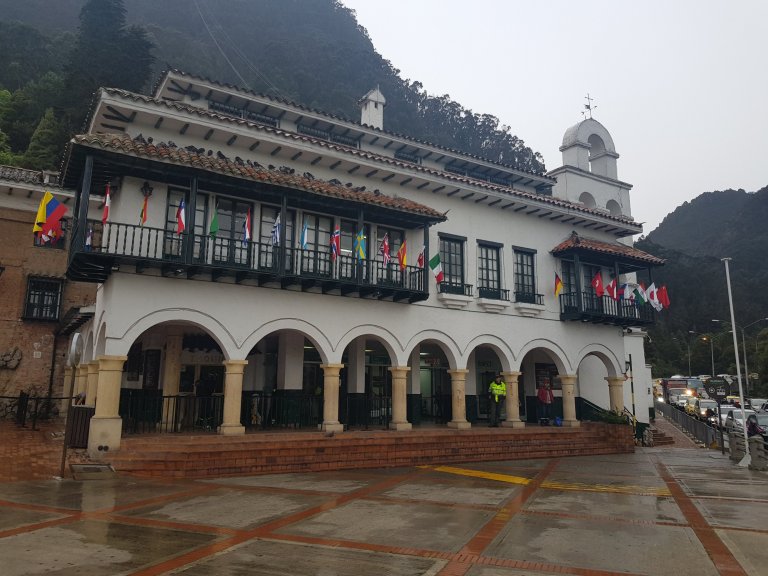 It seems to be a common thing to get up and run up that hill.

The Imperator on top of the mountain. No imperial March. 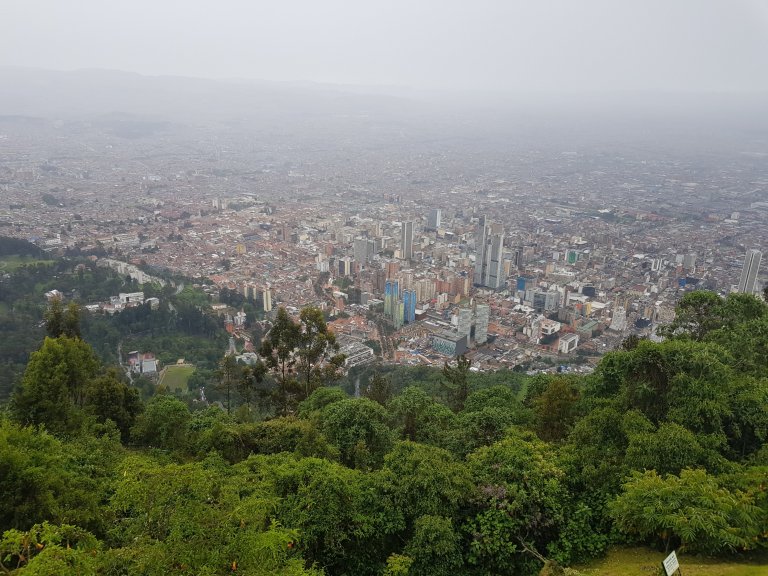 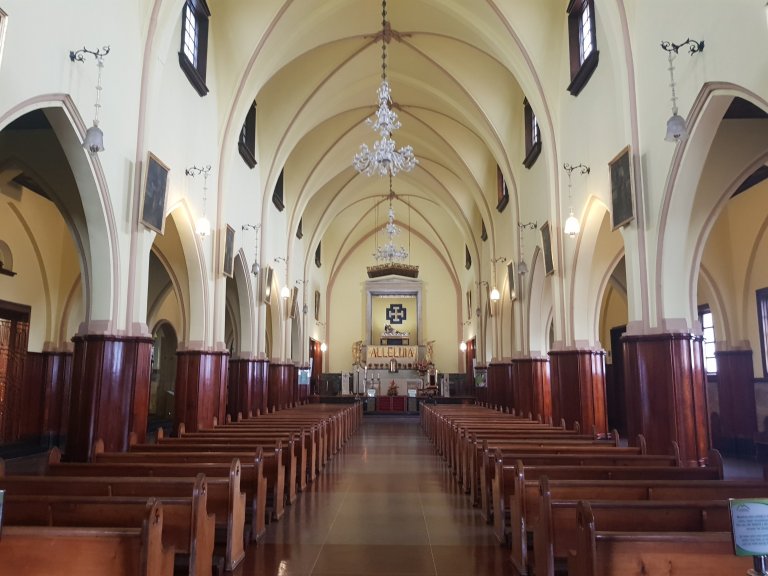 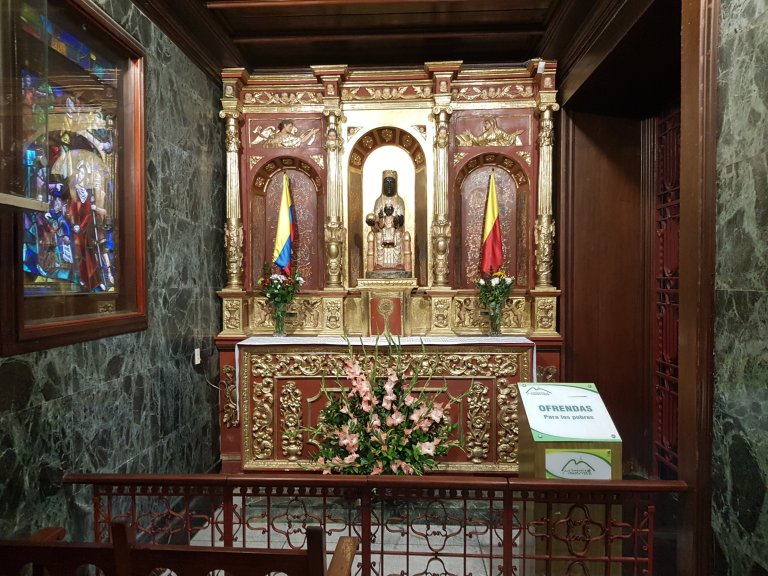 The I take the Funicular down. It is only 6.000 pesos before 09:00 am. They have a lenticular (cable car), too. It runs afternoon and is more expensive. 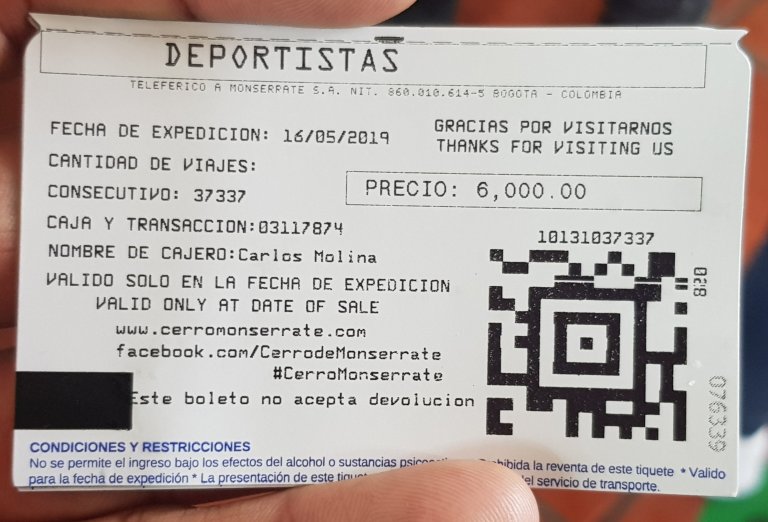 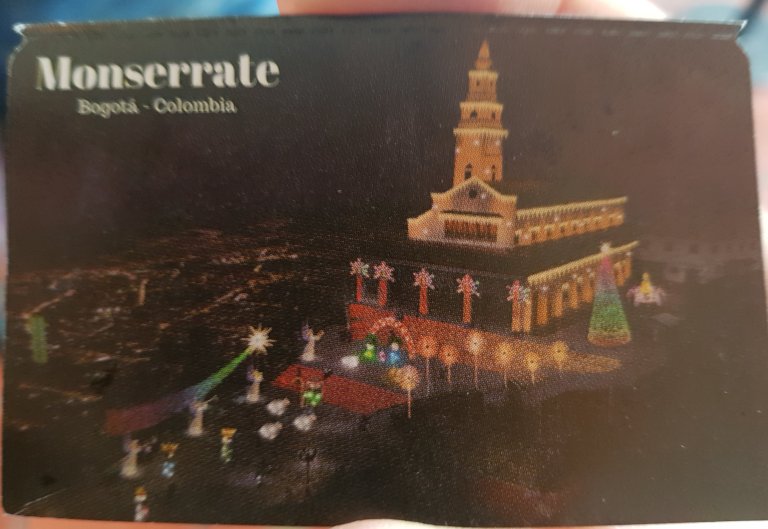 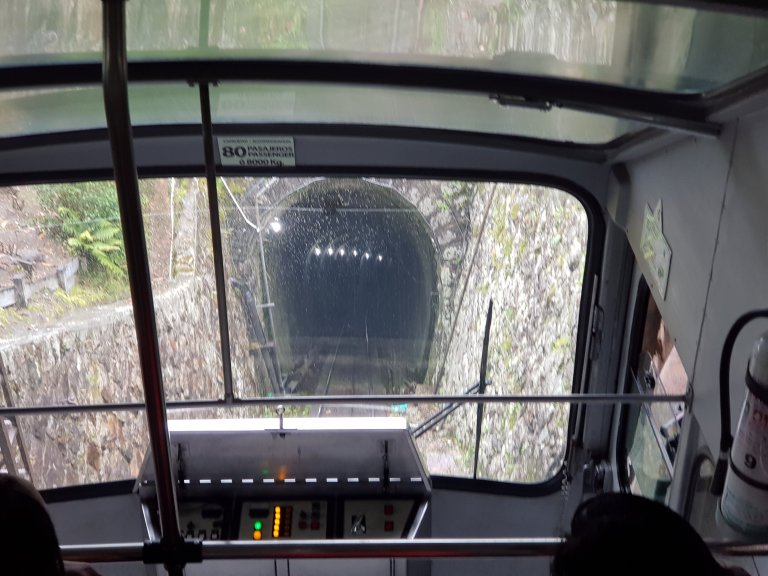 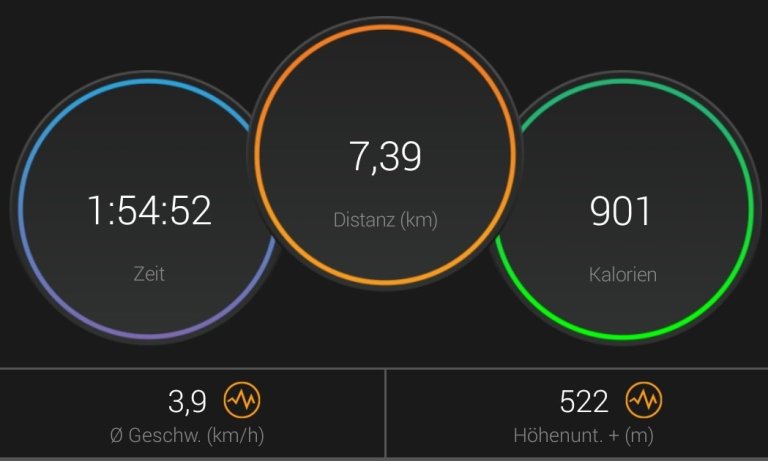 I go for a shower, then cranky croc breakfast. 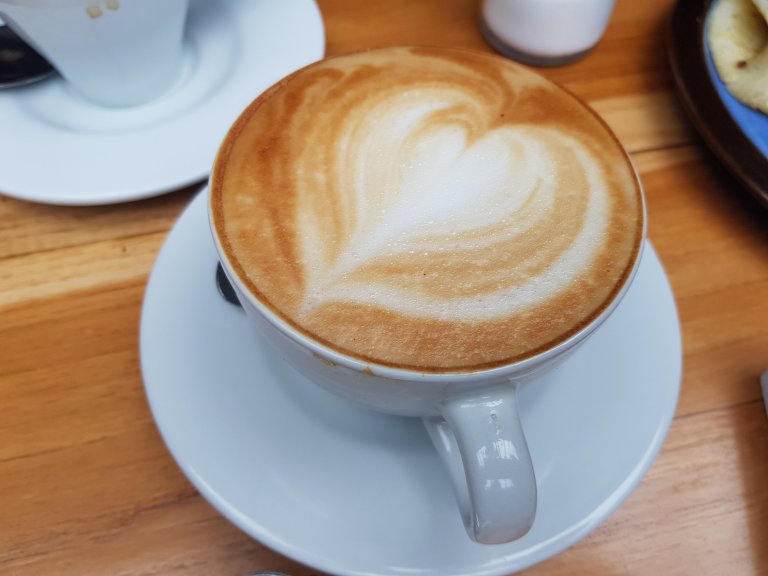 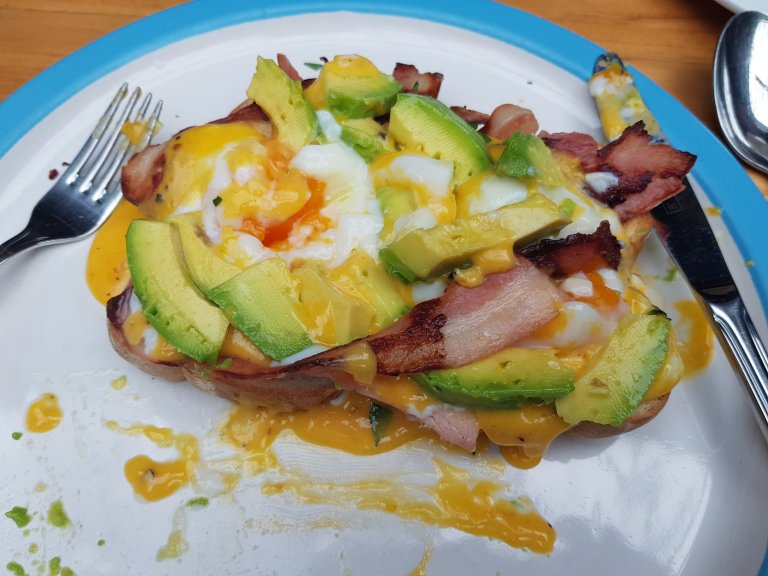 I have never seen such a clean kitchen. 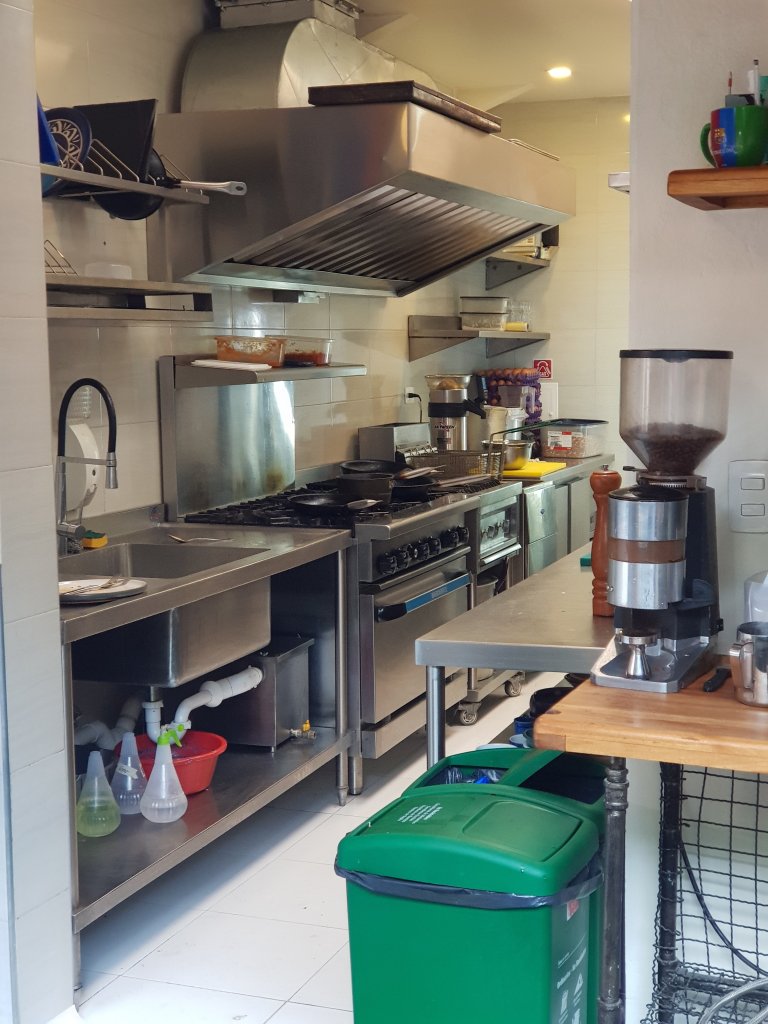 Then I go to join the pre-booked bike tour. 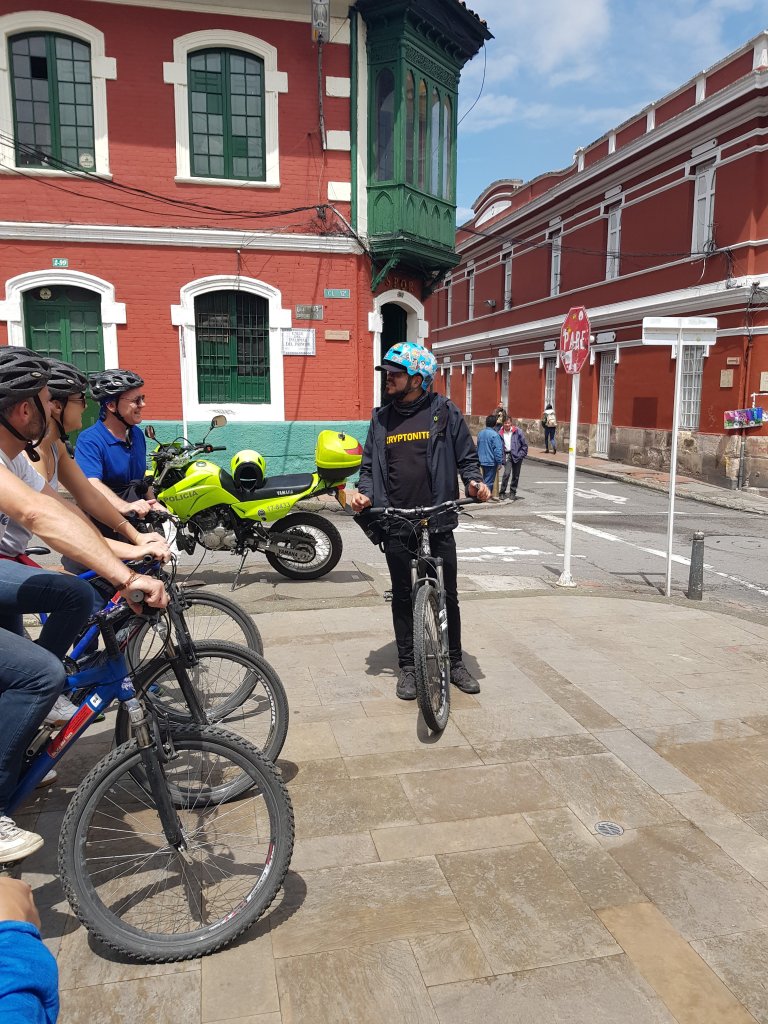 We ride to the local market. There Michael shows us tomila, a banana leaf filled with rice and chicken. Michael is very enthusiastic guide, he is very government critic (as all young people are), he does graffiti and sees himself as a social leader. Anyway, the tour he does is good, the bikes have comfortable saddles, the brakes work proper. It is not heavy biking though, I am happy to have the tour on Sunday as traffic is super low, but still the drivers go like crazy. 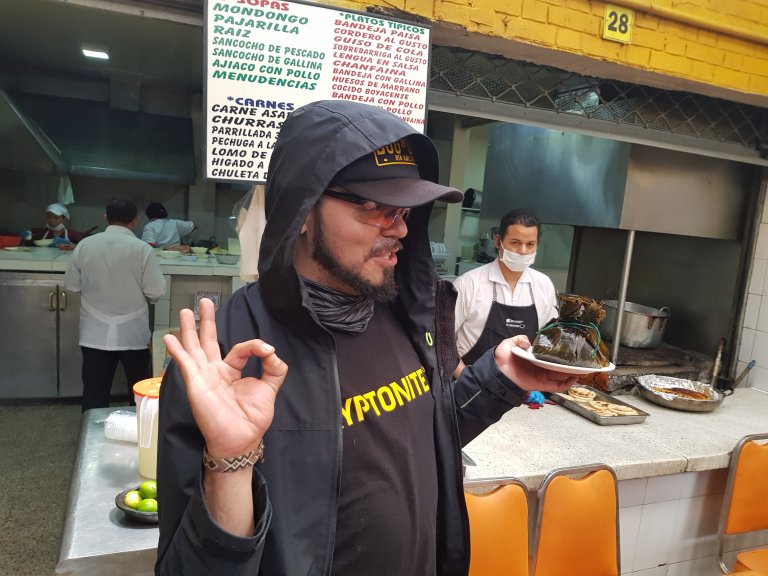 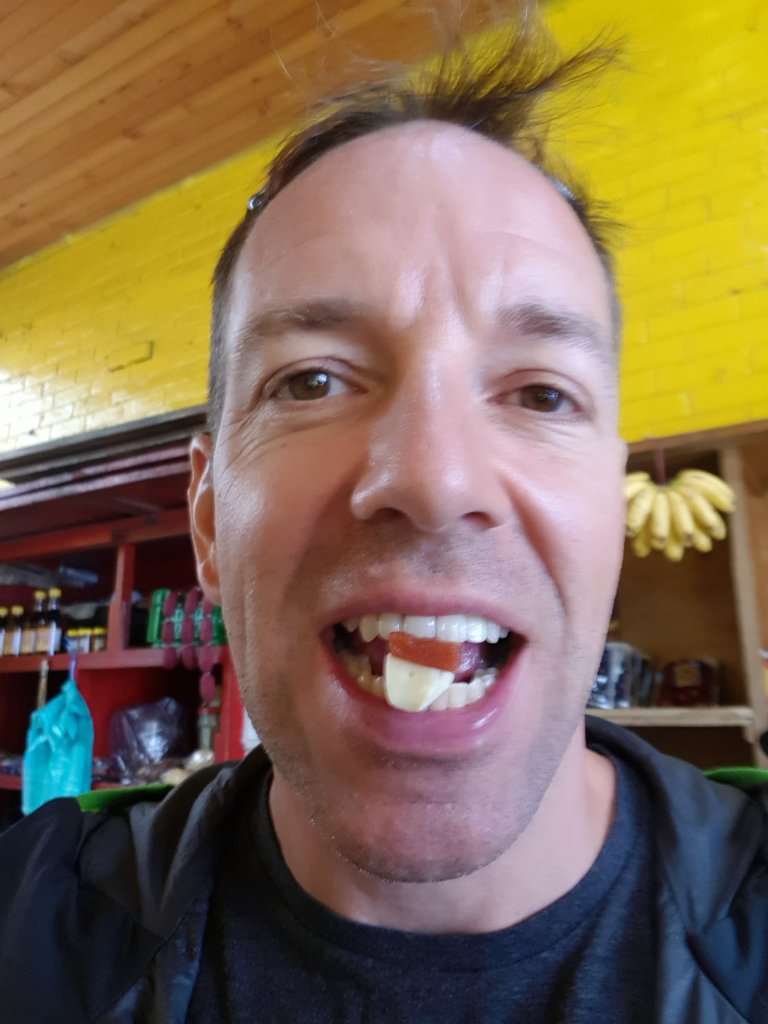 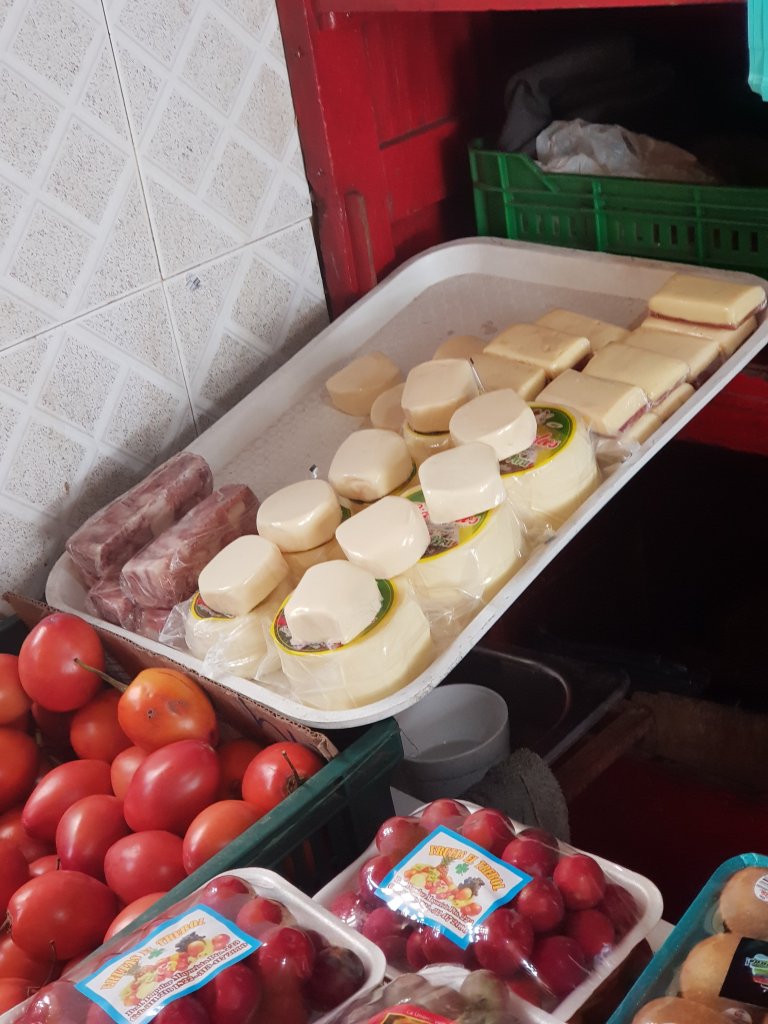 Then we get some fruits to taste …

Then we go and play Tajo, a traditional indigenous game … 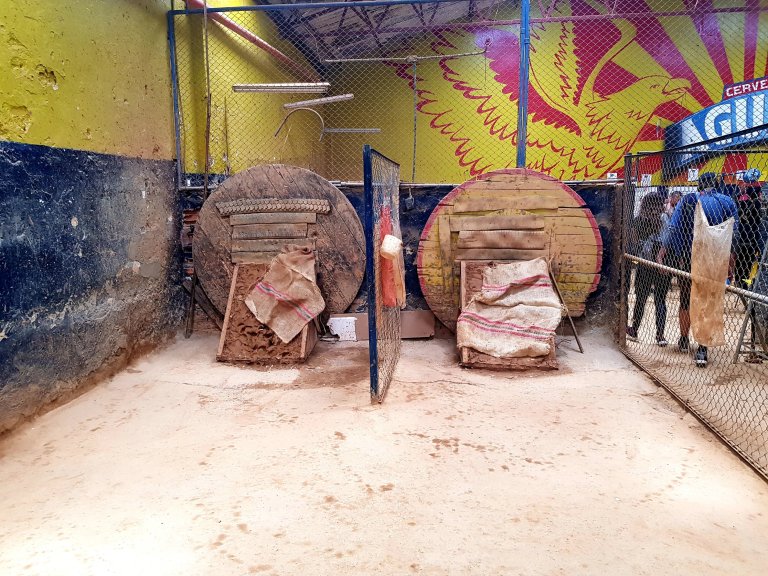 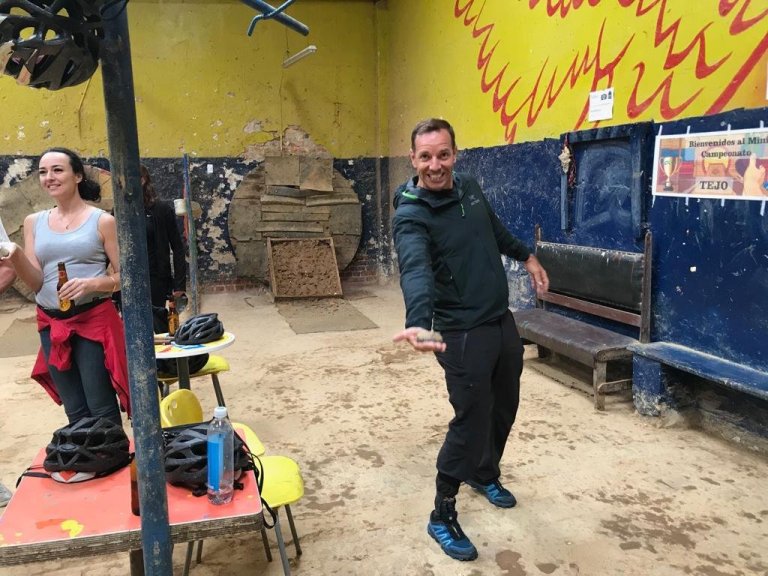 We go and ride the city. The red light district is a little bit offensive, the graffiti nice as in Medellin … 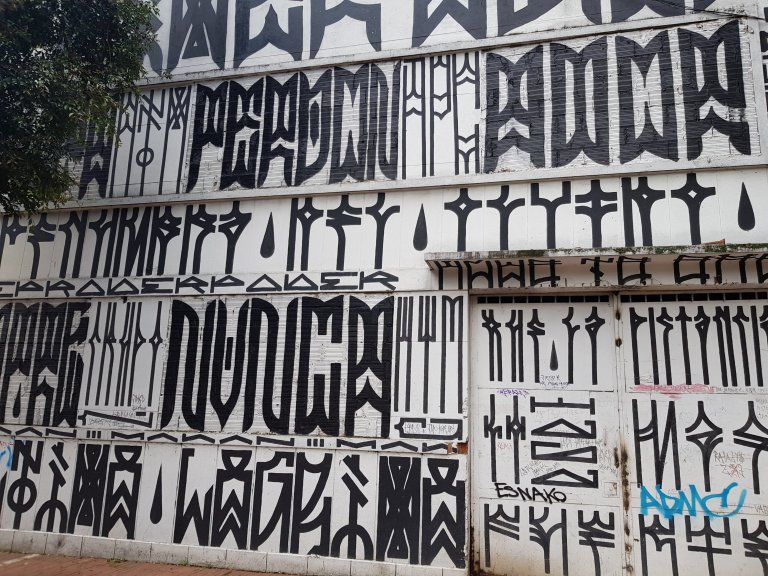 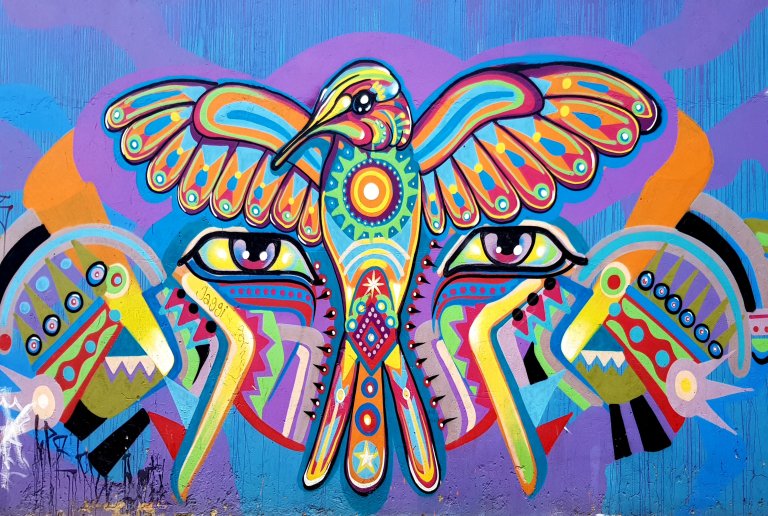 Then we ride the city 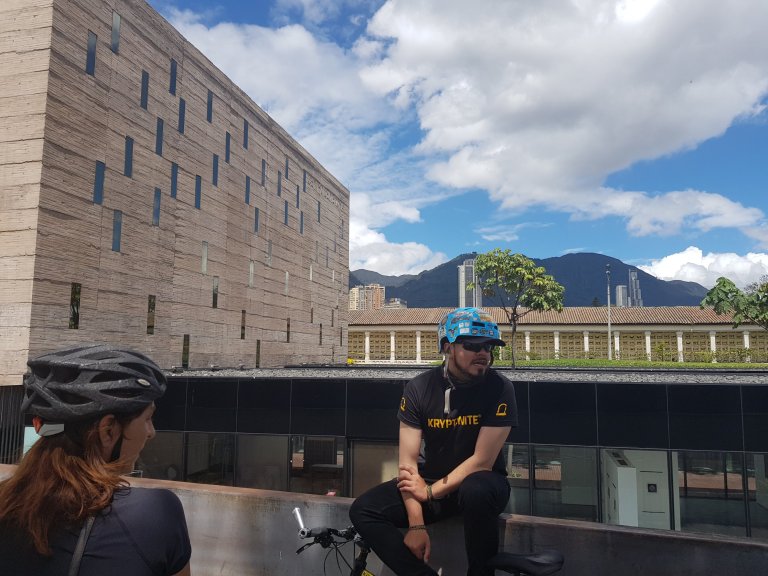 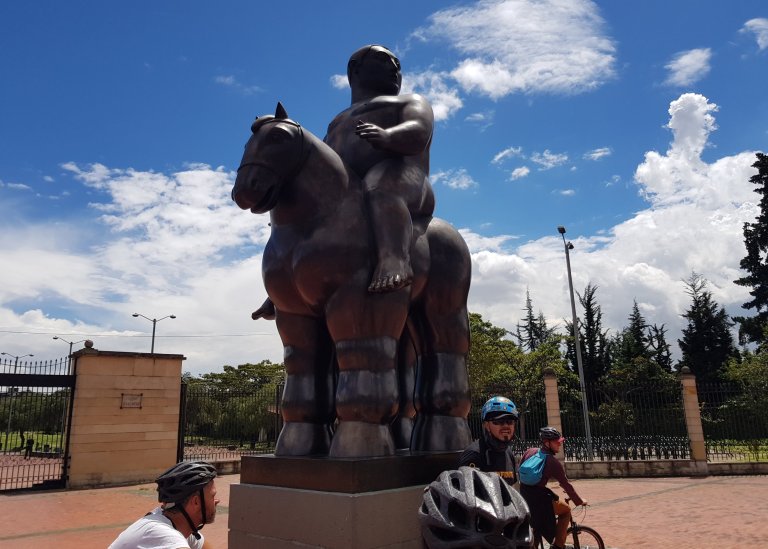 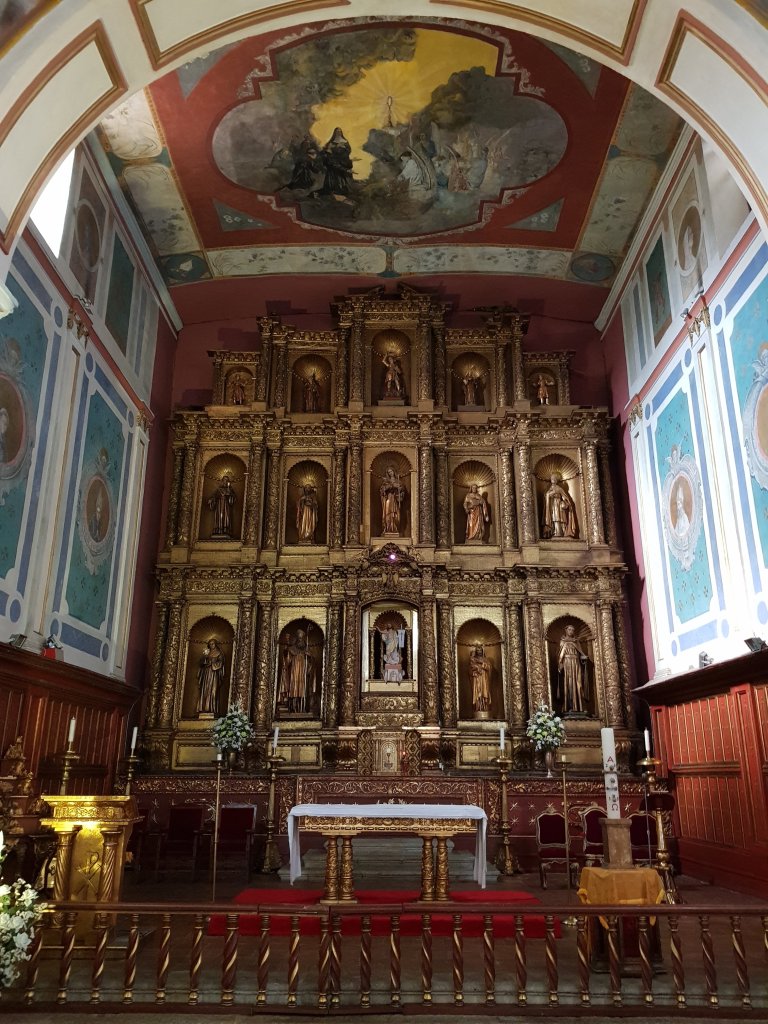 Some coffee tasting. Of course Colombian coffee is the best. 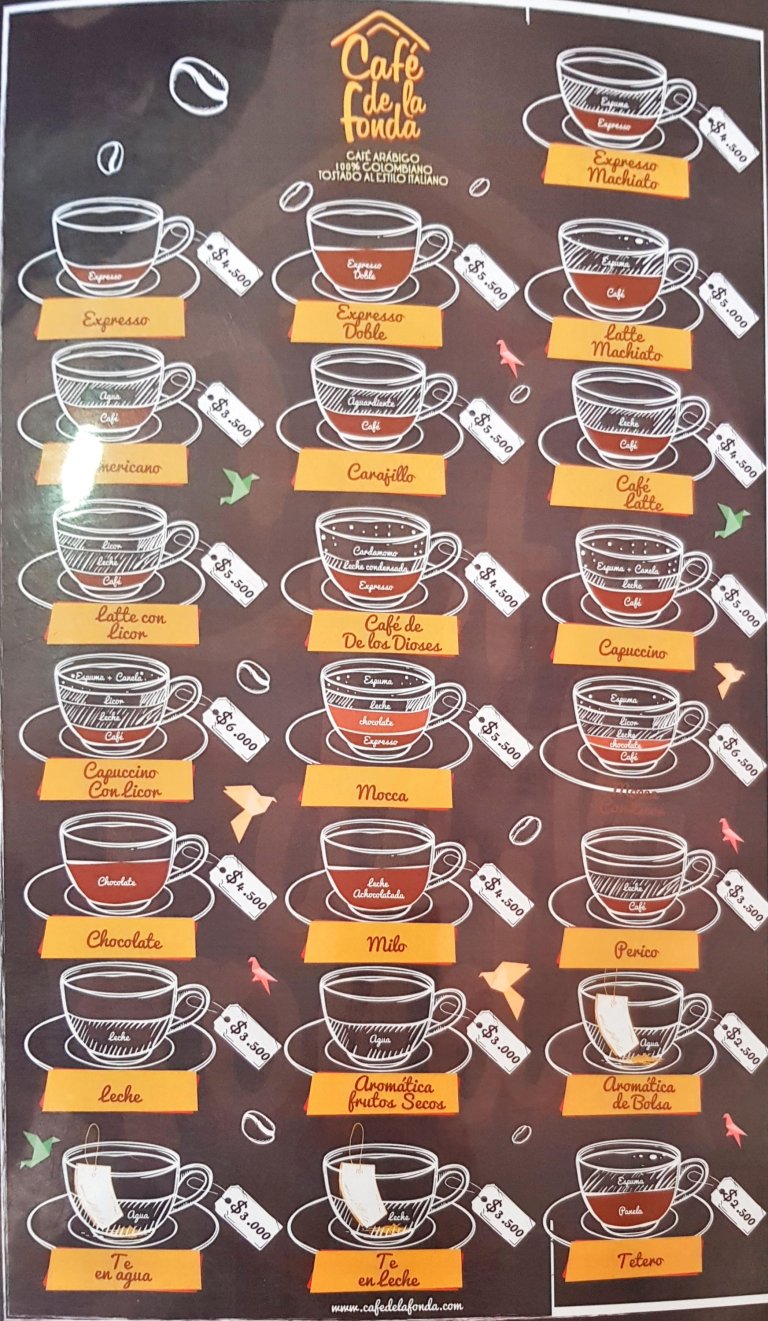 Then I walk the city in the rain and walk finally in la porta for dinner. The main square …. 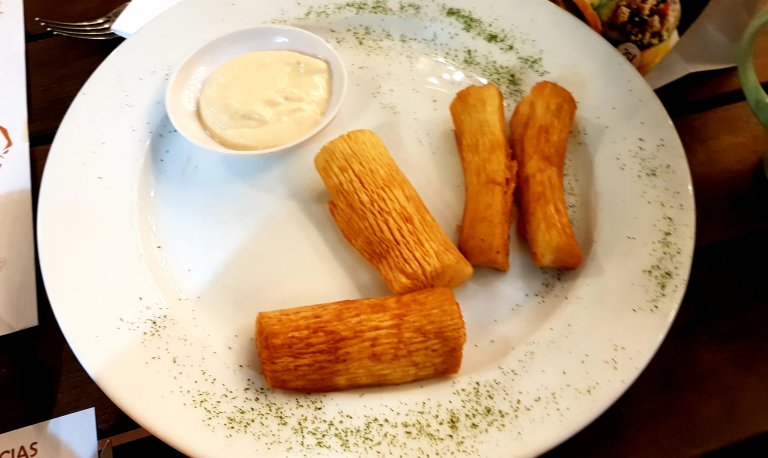