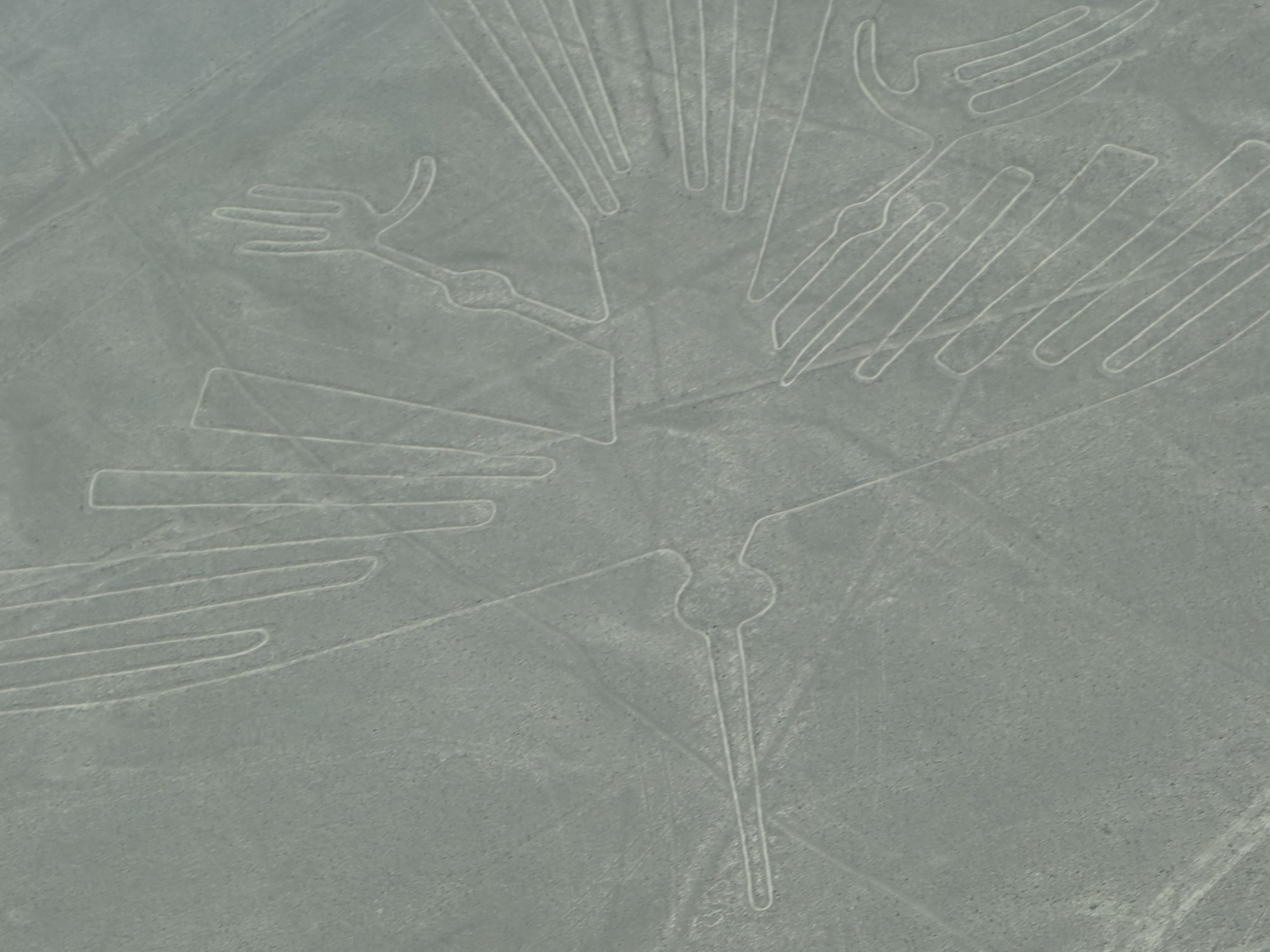 Today we are be picked up from the hotel at 09:00 am to fly over the Nazca lines. The guide arrives on time and brings us with a rotten minibus to the small private airport of Nazca.

There we have to leave our bags, get weighted, show our passports twice and then walk to a small plane.

According to the flag it’s Austrian airforce. Still the presidents face doesnot look like our president.

The pilot uses only latest navigation technology (he was very jealous about my fenix 3 !). What if he would have seen my nano-tech cell-phone mount for the ventilation grids of my car? 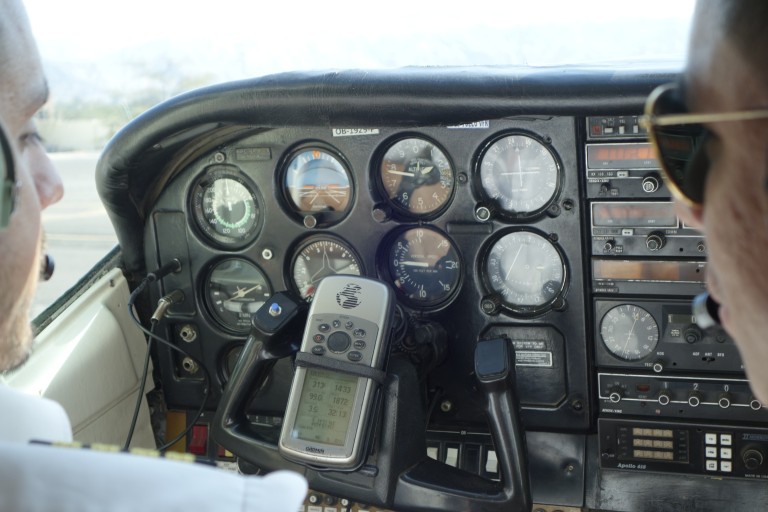 Houston we have a liftoff (but no air-condition).

FLIGHT13: whatever flight or plane this was, but it brought us over mazca lines. We didnot get miles or loyality benefits.

One of the Triangles, at certain times of the year they point exactly to sunrise …

Another bird, maybe this is the kolibri, you see i am no extraterritorial 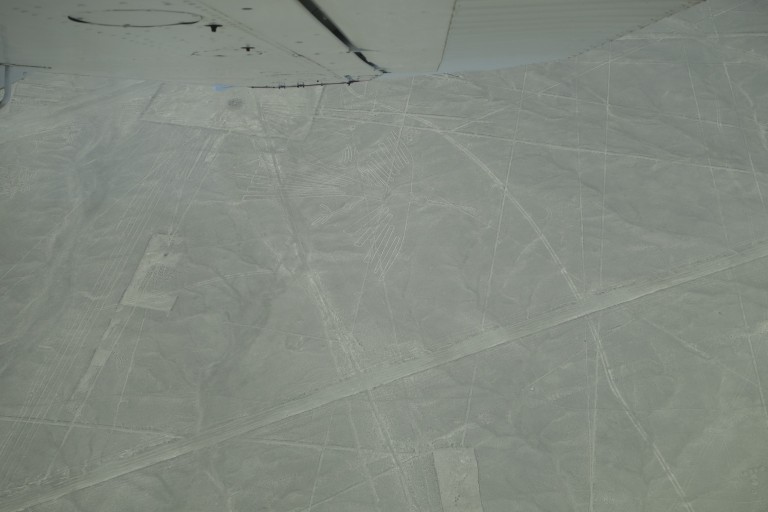 Something with a huge tail

This one was drunk on his way home. 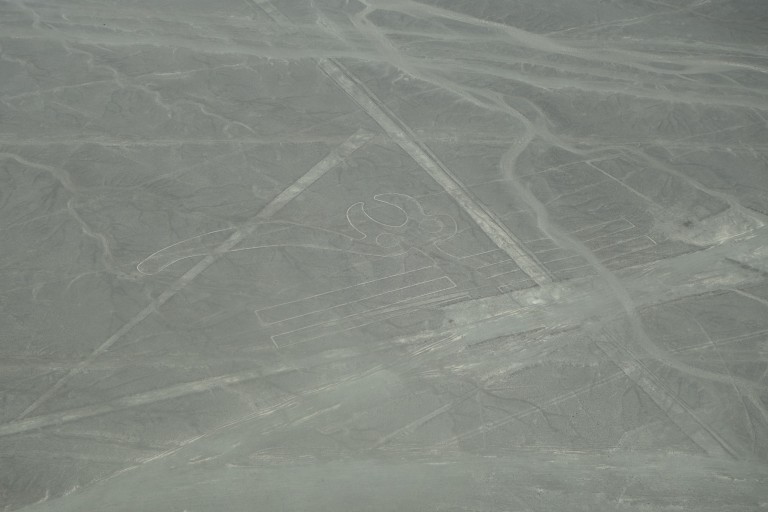 The valley and the flower

And some more. The guy in the rear didnot like the pilot flying steep 8 to make everybody get good shots of the desert pictures. Indeed it was a little bit like a rollercoaster. 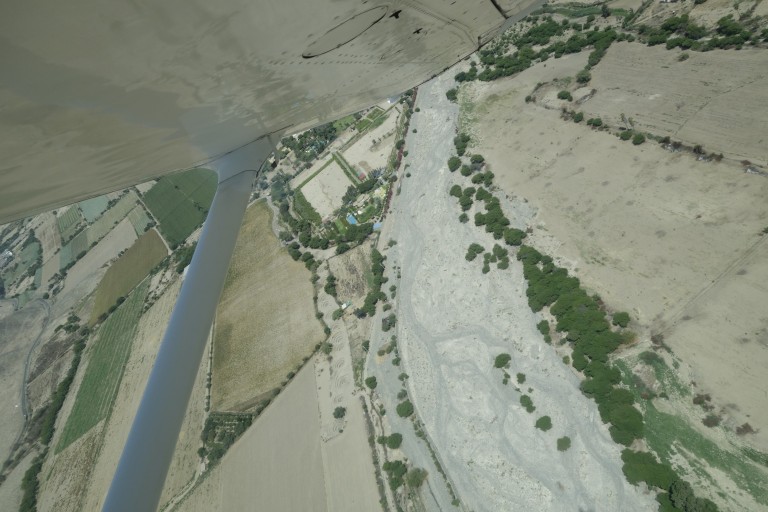 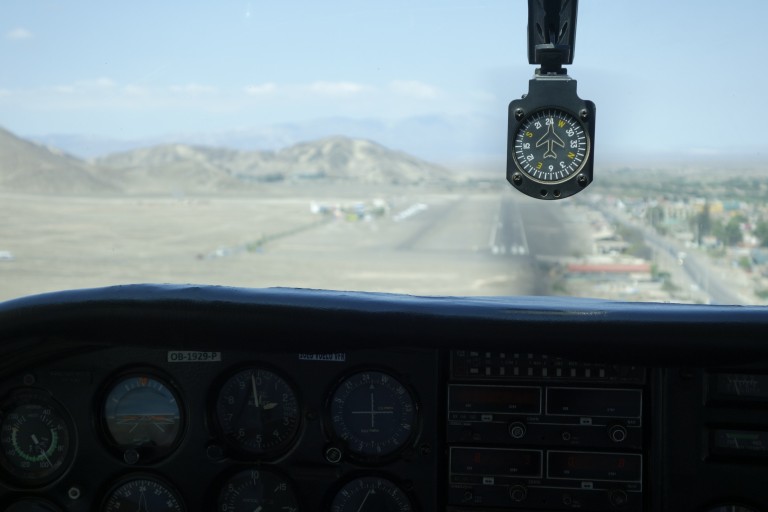 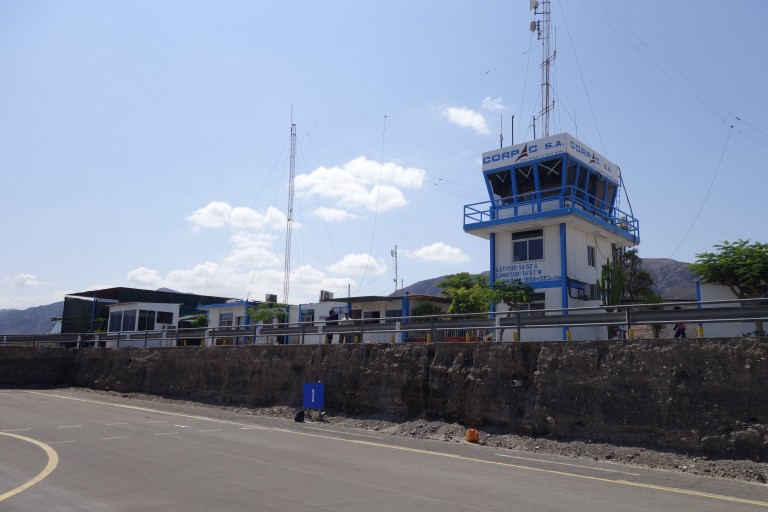 The pilots showed no mercy. The girls are all airsick.

We are brought back to the hotel. It’s superhot. I go to Banco de la Nacion, there is a working ATM. I plunder it until the mother and her 5 kids in the line behind me are getting aggressive. I think they are worried that no money will be left in the machine. What a crap to let me pull out 100 EUR at one transaction but then let me do as much transactions as I want to do.

Than I go back to the hotel, we go to the pool and relax. 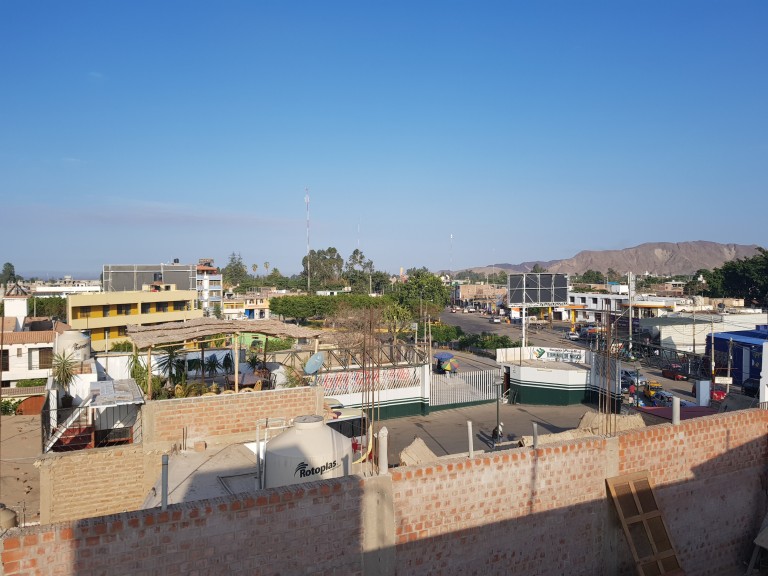 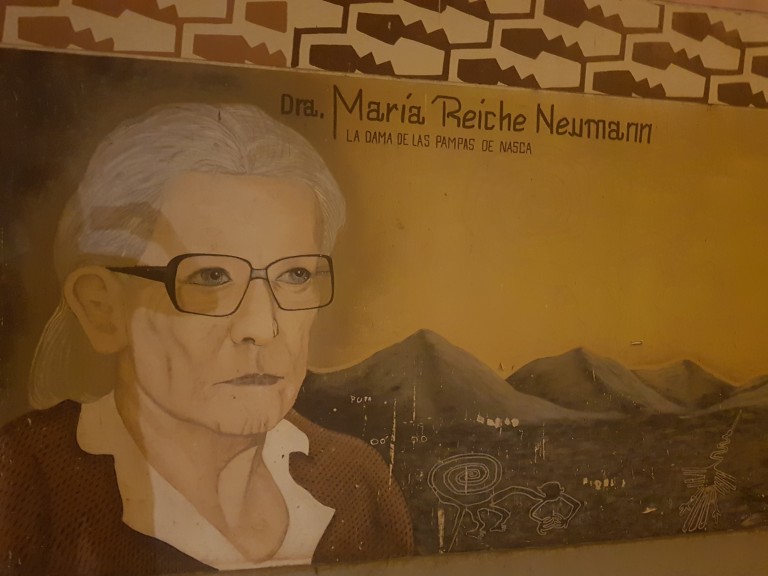 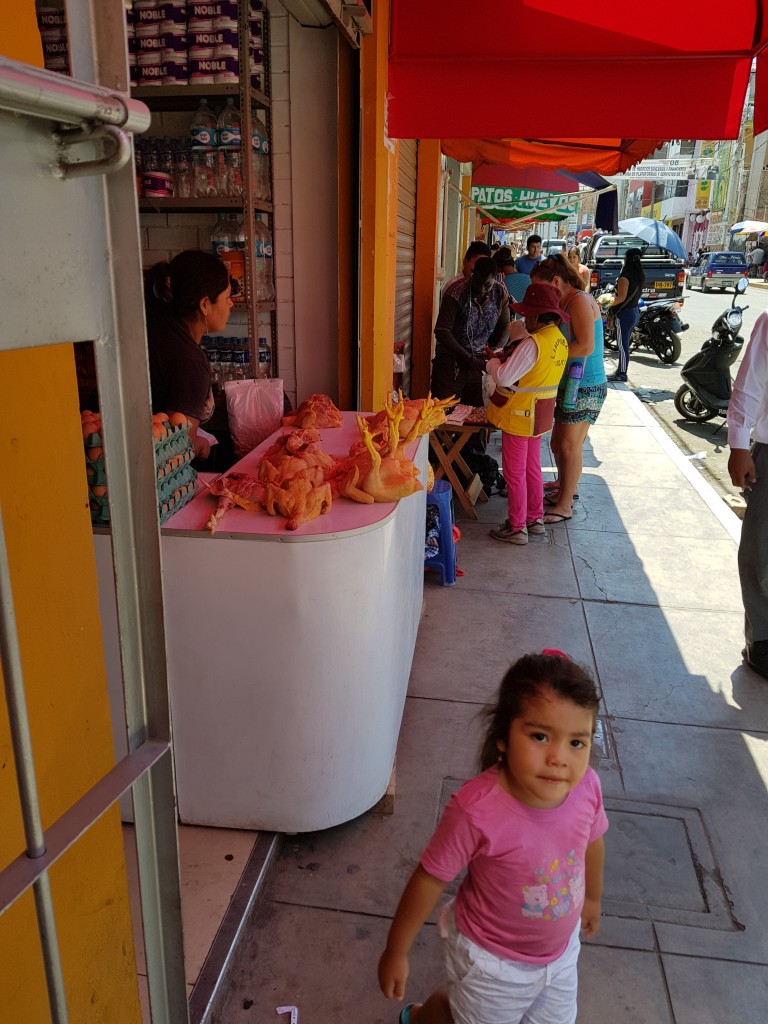 In the afternoon we visit Chauchilla Cementary of a prehispanic culture, beginning from 200 AD. All the graves in the desert were extensively plundered during the war between peru and chile or even before in civil war with shining path. Now it is protected by law and tourists have to pay 7 USD to visit and pay the restauration. The bodies here are in very good shape due to the dry climate. Indiana Jones and the Kingdom of the Crystal Skull was filmed here. 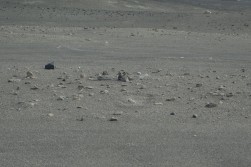 Then we arrive at the cementary and have a look at the mummies. Nearly no conservation or archeology there. They work on it … 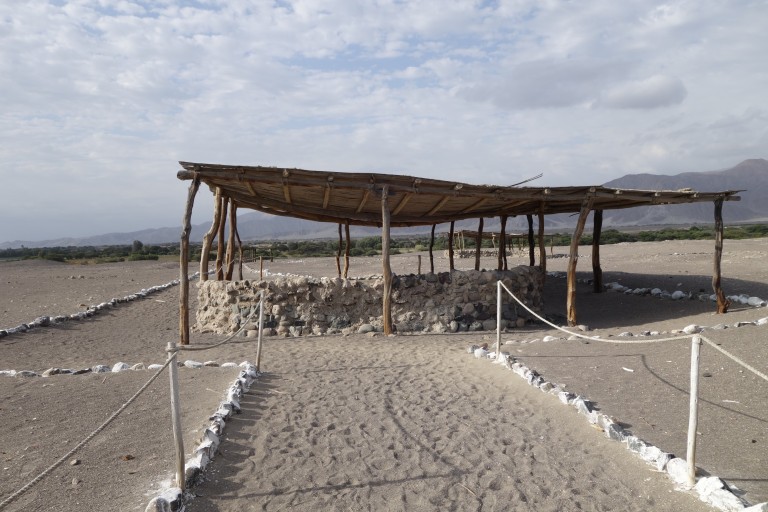 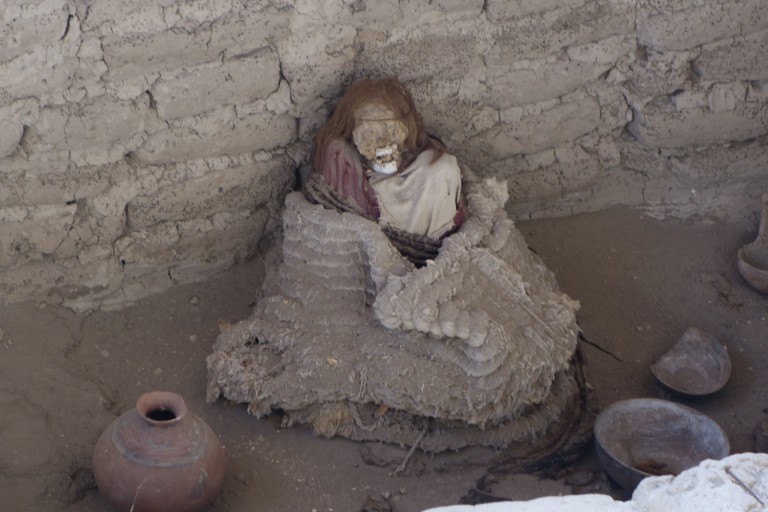 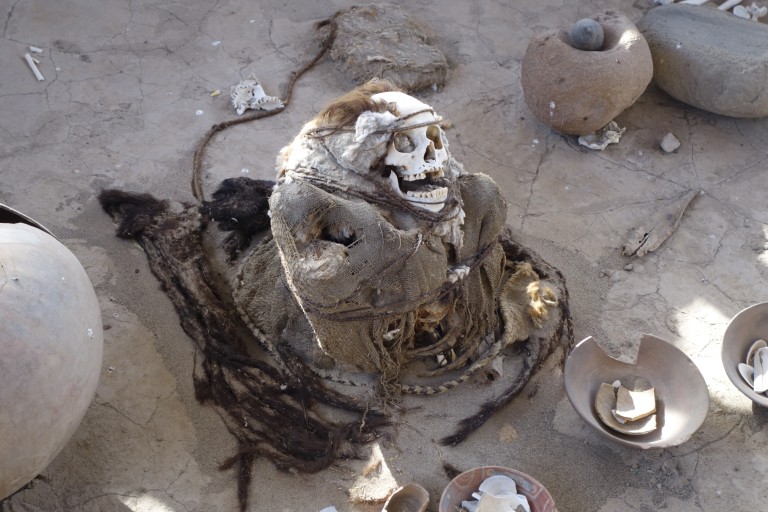 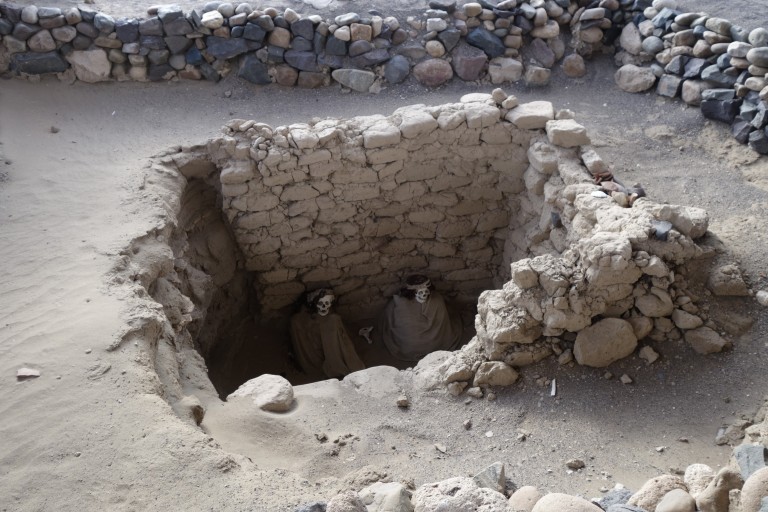 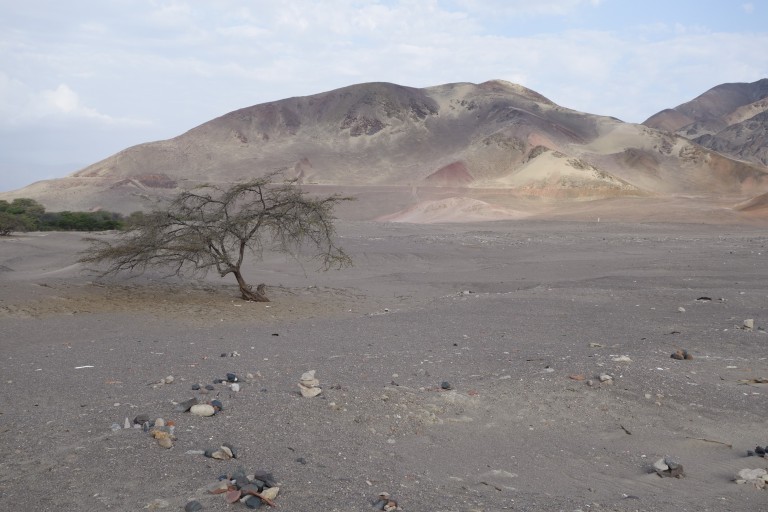 Back in Nazca we have dinner in Mamashana Restaurant – Tripadvisor site. hmm, fried yucca.

Then we meet the group again and go for our Cruz del Sur night bus from Nazca to Arequipa in a Cruzero Evolution bus (approx 9:30 hours for 102 soles). We finally adopt young Gianni temporarily for the tour. 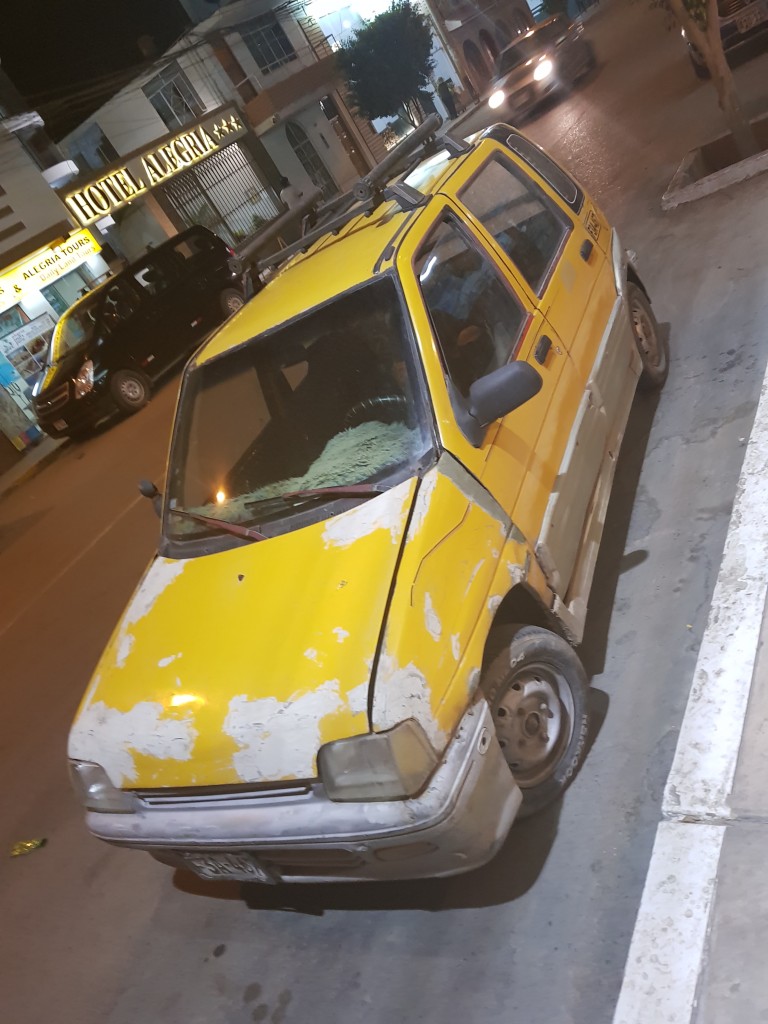 No, this is not the bus. It is a standard taxi. This is our bus: 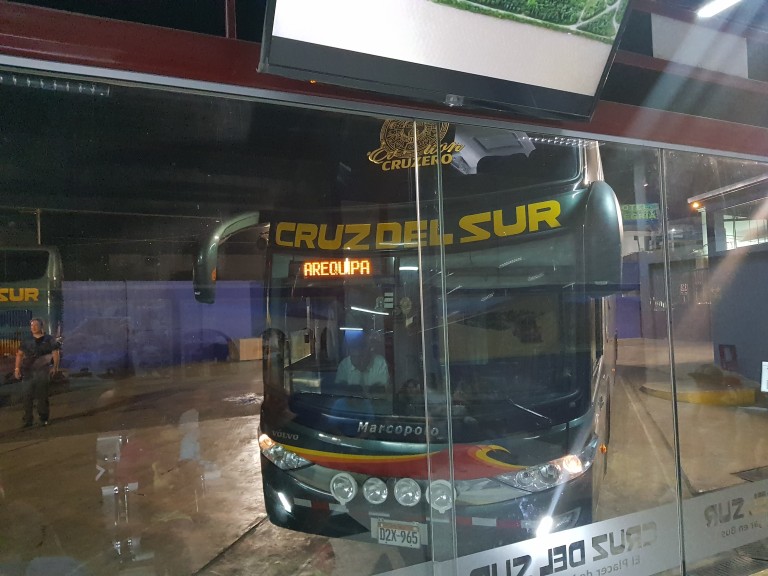 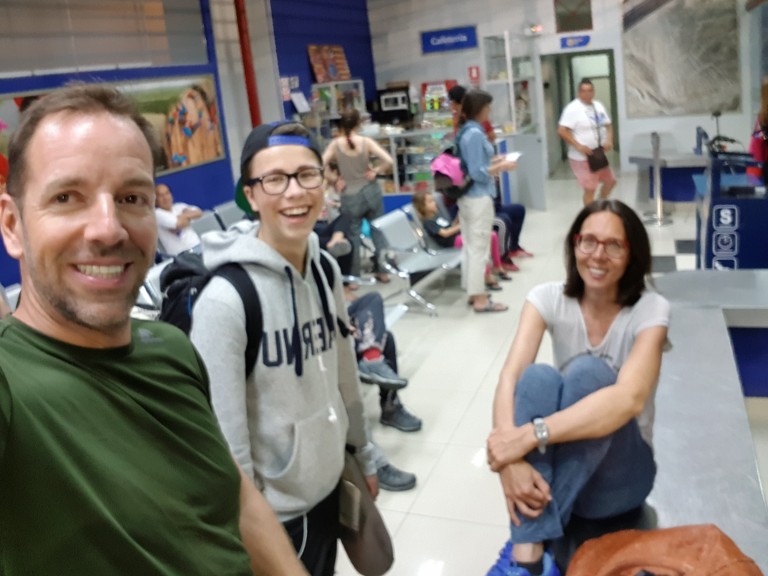 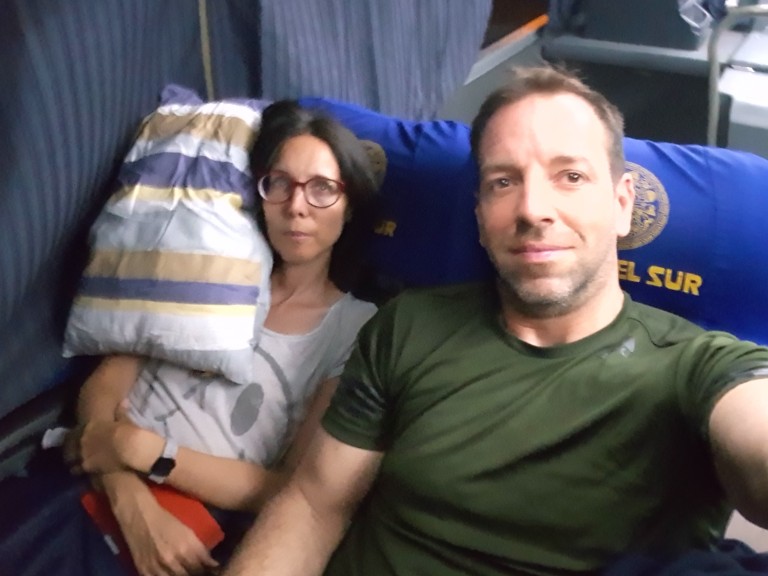 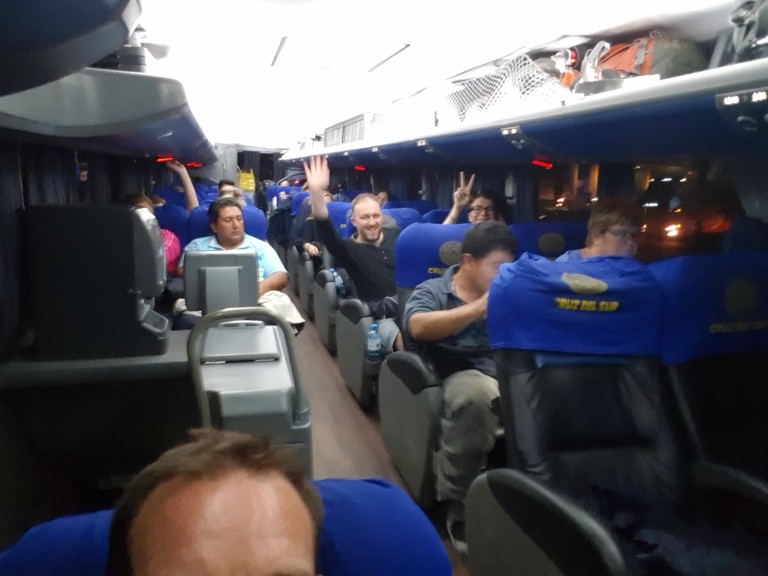 The bus is fully booked but quite comfortable. At 22:00 we leave Nazca. At least we can sleep some hours.

Until the sun comes out. The first row has its advantages (we can put the legs up), but also its disadvantes: As soon as the sun is shining it is a sauna. 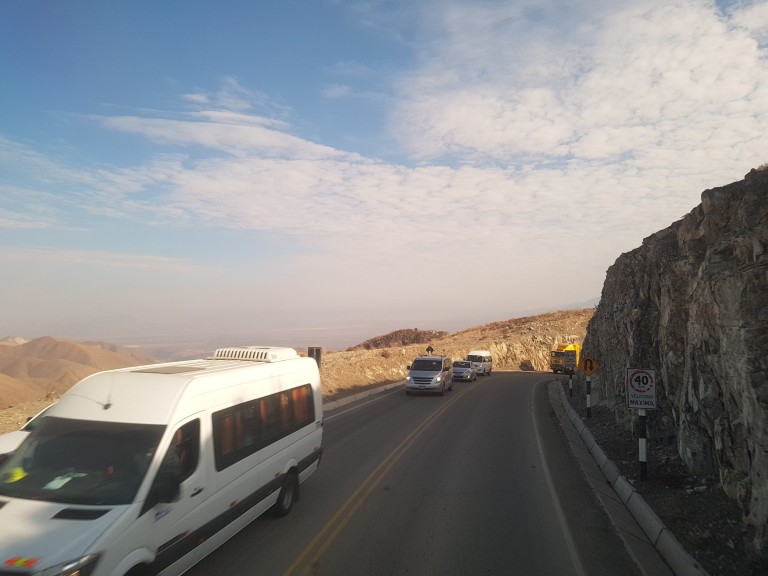 In the morning we drive into Arequipa: